Beyond the Words
An exhibition by the students of HUFA (Hungarian University of Fine Arts) & HfG (University of Arts and Design, Karlsruhe) in the frame of the IMAGIT  project. 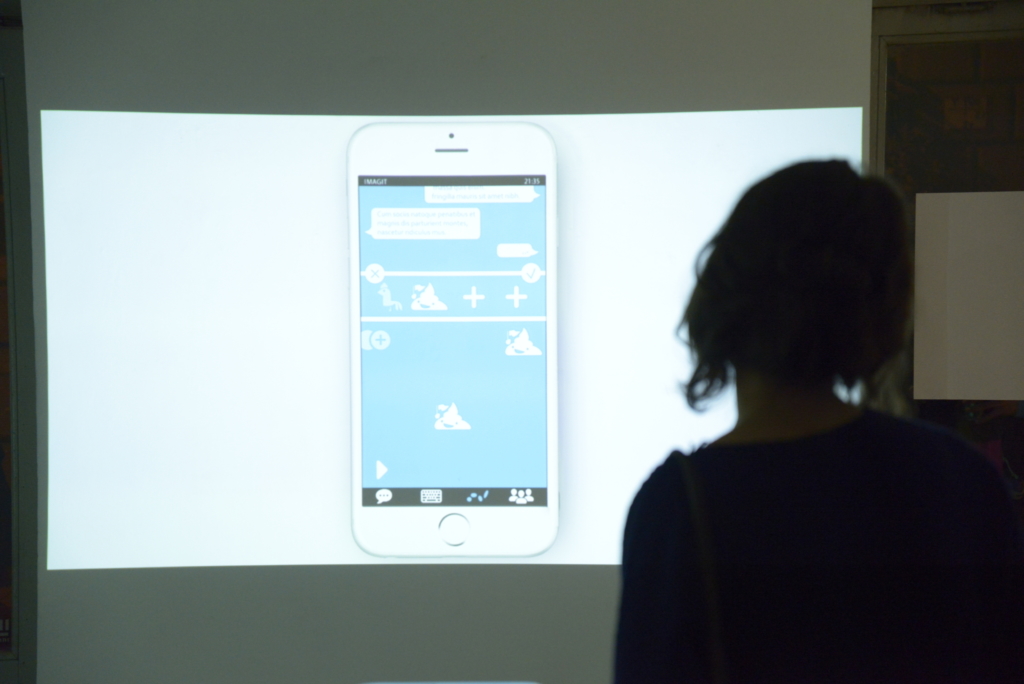 IMAGIT is a cultural project of international cooperation dedicated to creative communication. The video presents research, concept visualizations and prototypes of various projects conceived by students at HfG Karlsruhe University of Arts and Design. The ideas circle around the potentials and challenges of new digital communication devices, non-verbal and symbolic language, privacy and artistic use of data. IMAGIT is a collaboration between HfG (Karlsruhe), HUFA Intermedia (Budapest), HANGAR (Barcelona) and Brainz (Prague) supported by the Creative Europe program of the European Commission. 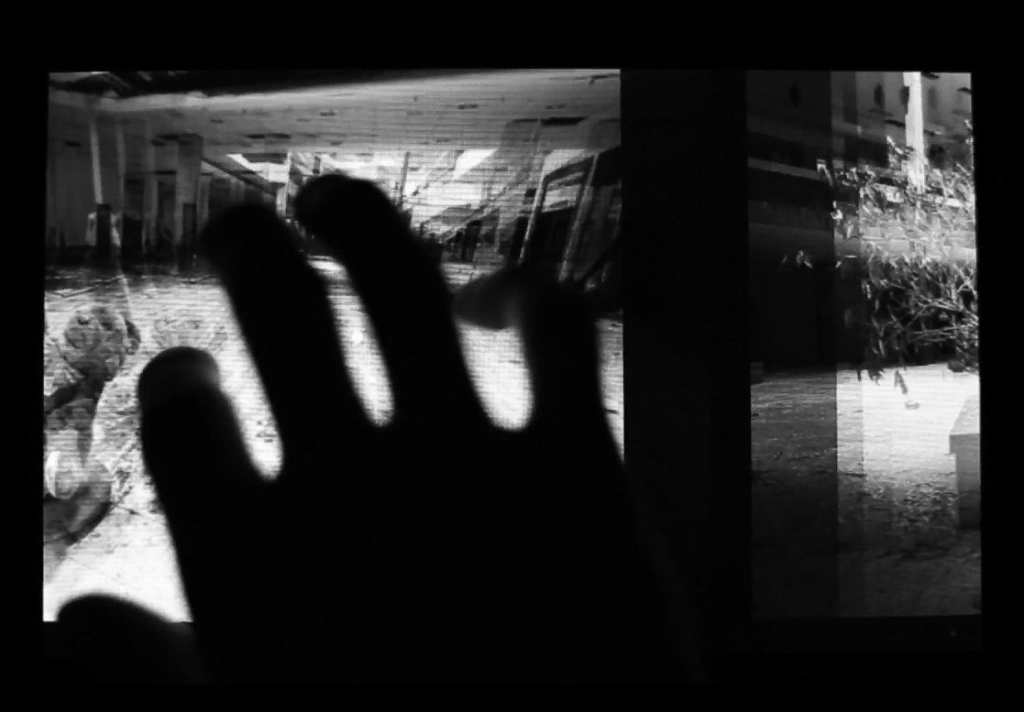 Recently a new gesture was born in front of our eyes. This gesture become part of our lives very quickly and tells us a story. 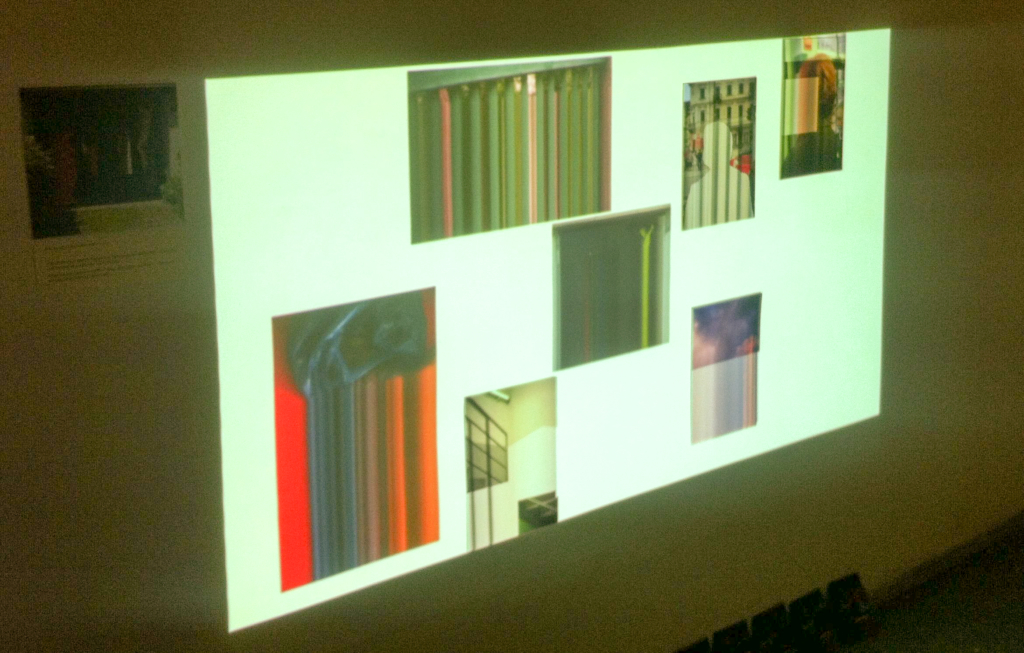 Tamás Süle’s animations screened to Noémi Szécsi’s pictures. Whether if you’re just a pixel, what kind of picture is it from afar? 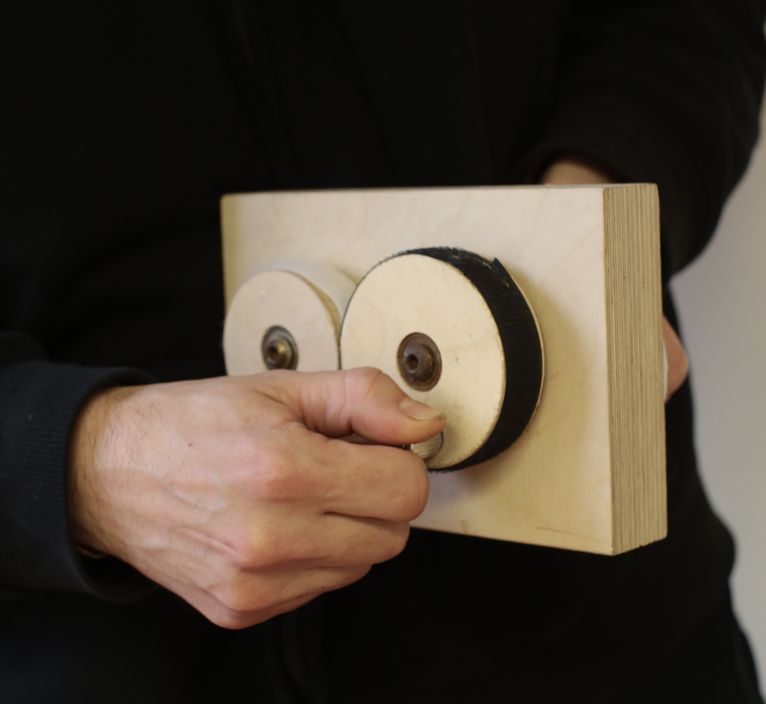 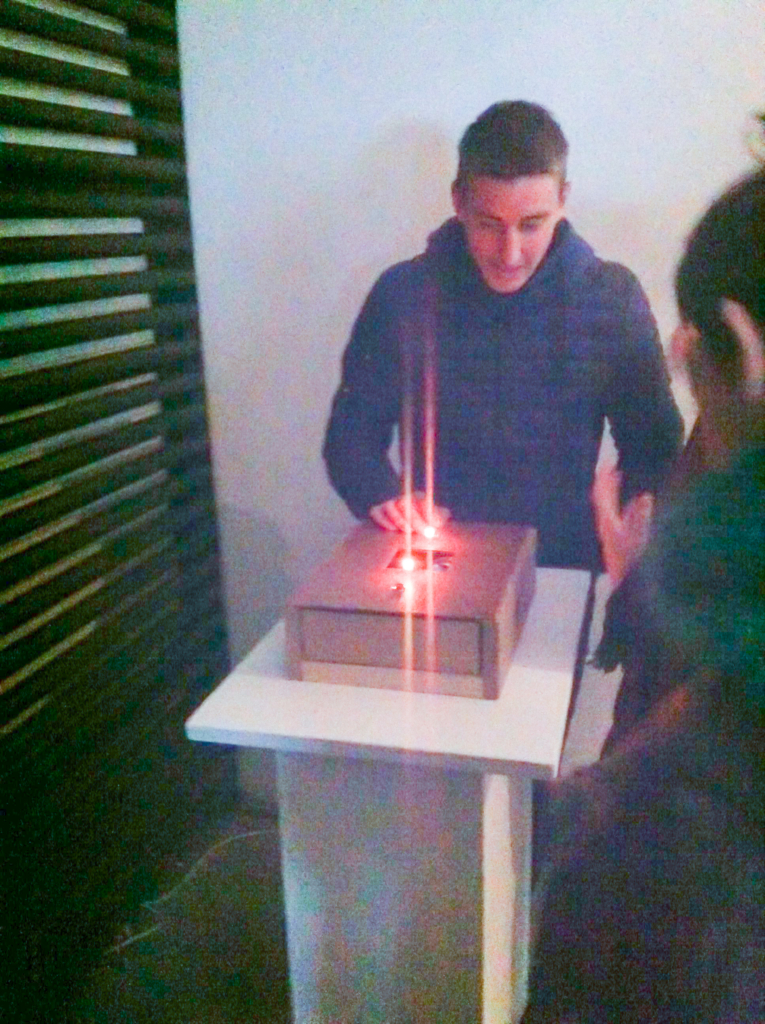 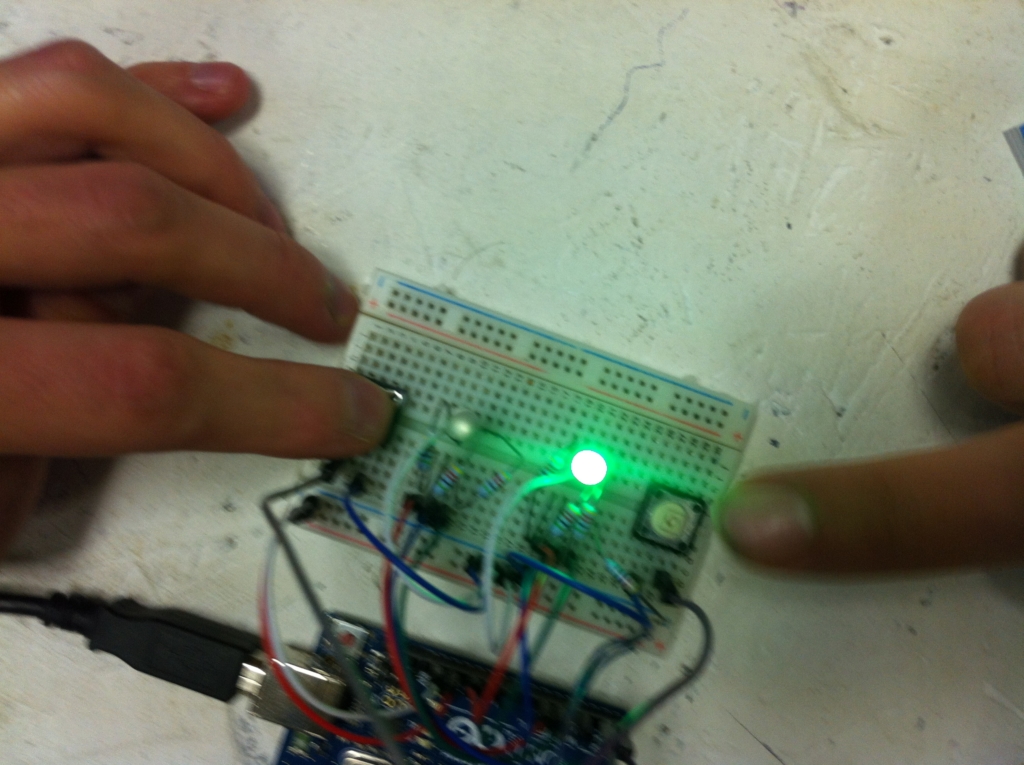 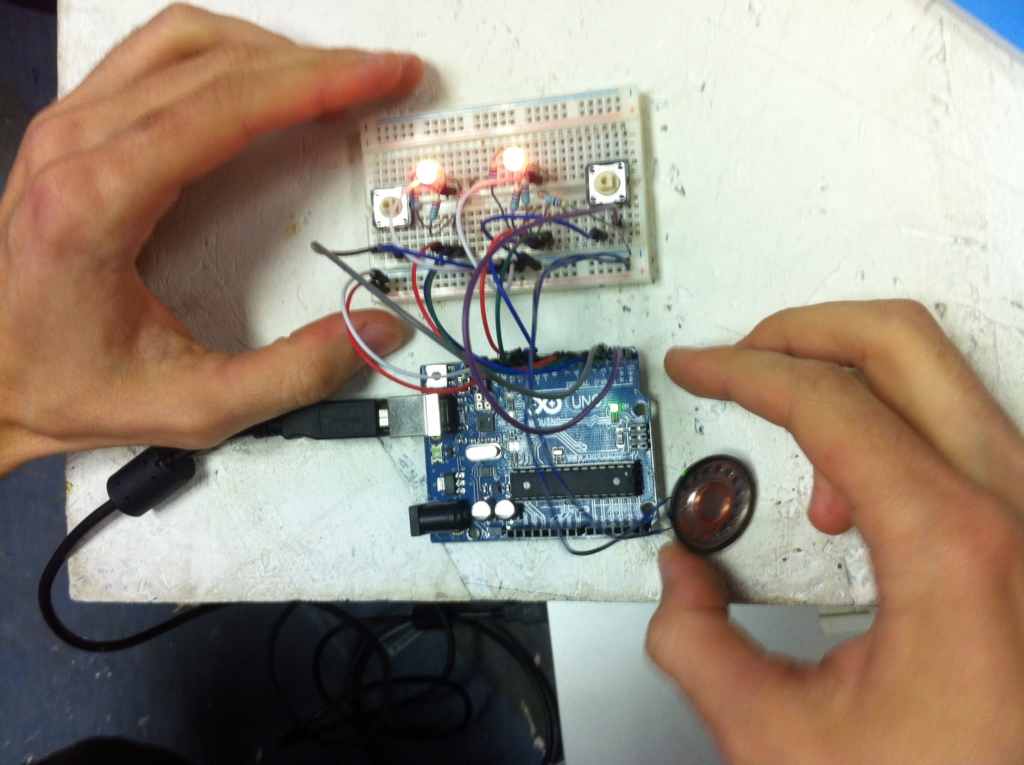 When the evolution of videogames is going towards making more realistic graphics and simulations while using sophisticated devices to display and control them, it seems logical to look for things in the other direction as well.

I wanted to create a very simple gaming console with the least amount of things in its interface (2 pixel, 2 button, 1 speaker) while still leaving space for custom two-player games.

Here you can try the first games that came to my mind, also this project is open, so anyone can come up with new games and(or) make the console itself. More info at: unlessgames@gmail.com 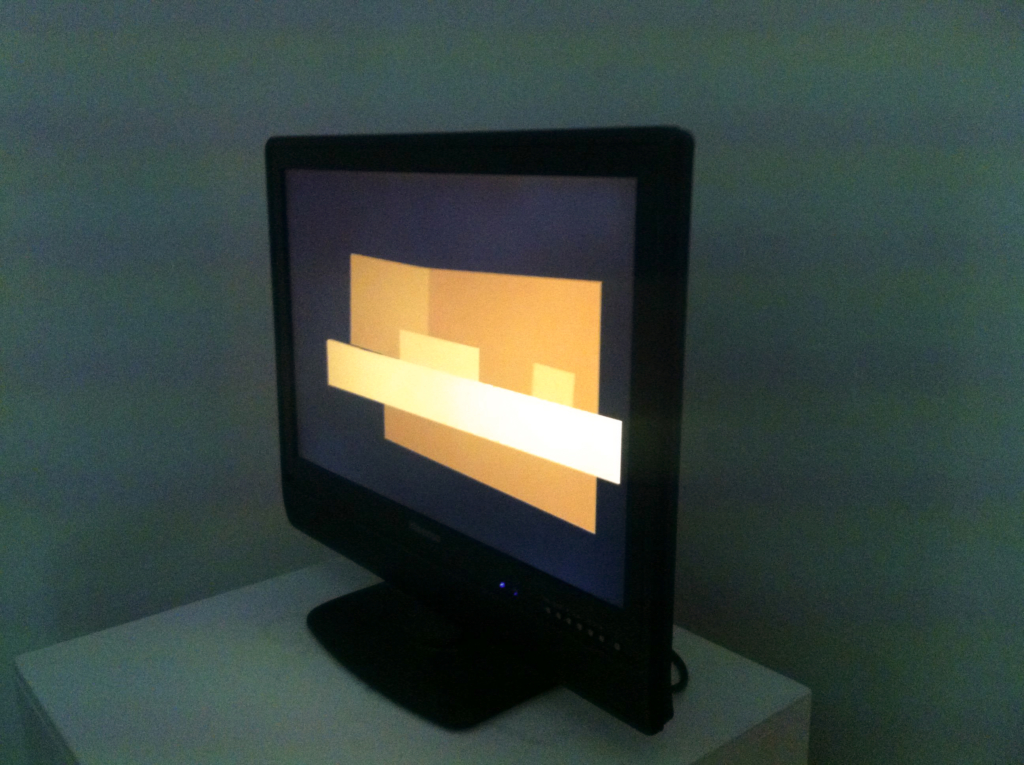 In his revelation, Moholy-Nagy thought about describing his painting through the phone to the printshop instead of painting it by hand. In this process he’s converting the information of the painting to a different kind of medium in which it can cross physical distances, while also giving up on the sight of the actual painting.

My installation takes place at two locations: in the building of the intermedia department there’s a blank screen where people can draw rectangles while not being able to see the results of their actions, meanwhile in Labor gallery, those rectangles are being displayed by translating them into each other via reducing their mutual distances. Does silence mean the absence of sound? Sound can be quiet, but there are many frequencies of sound waves (e.g. infrasound, ultrasound) that cannot be caught on by the human ear, but can impact our organism deeply.

Is silence an effortless state of mind of harmony in one’s head as a result of theabsence of the plethora of thoughtscrossing one’s mind each day, unattached to environmental “background” noise?

Can we truly “hear” our world if we are carefully distracted by all our man-made mental and physical constructions andeconomies that are meant to grow constantly into something bigger and better?

Or are we just a slave to our mind,observing our own ego working hard toensure that it will not be pushed away?

The only way of control our ego has over us, is by the choice of thoughts. All those thoughts, all those words that create our world, our subjective perspective.

Einstein’s words are telling us:

“A human being is part of a whole, called by us the ‘universe’, a part limited in time and space. He experiences himself, his thoughts and feelings, as something separate from the rest – a kind of optical delusion of his consciousness.

This delusion is a kind of prison for us, restricting us to our personal desires and to affectation for a few people near us.

Our task must be to free ourselves from this prison by widening our circles ofcompassion to embrace all living creatures and the whole of nature in its beauty.”

Let’s go further. One can say that silence or emptiness is the absence of distraction of the reality that our mind has created.

As soon as we try to let go off that self-created reality, our ego will be confronted with some kind of “loss”.

At the same time though, our mind gets a glimpse of the truth as we becomeconscious to recognize the creation of our subjective reality.

What first seems to be a loss, is in fact an empty space enabling our mind to receive mental enrichment and enlighteningobservations. Loss of one’s illusion creates space for truth.

Eventually it seems that silence can be found everywhere for  some one, and no where for another one.

Pictures from the opening